Marching Band Seniors preparing for their final week of the season. 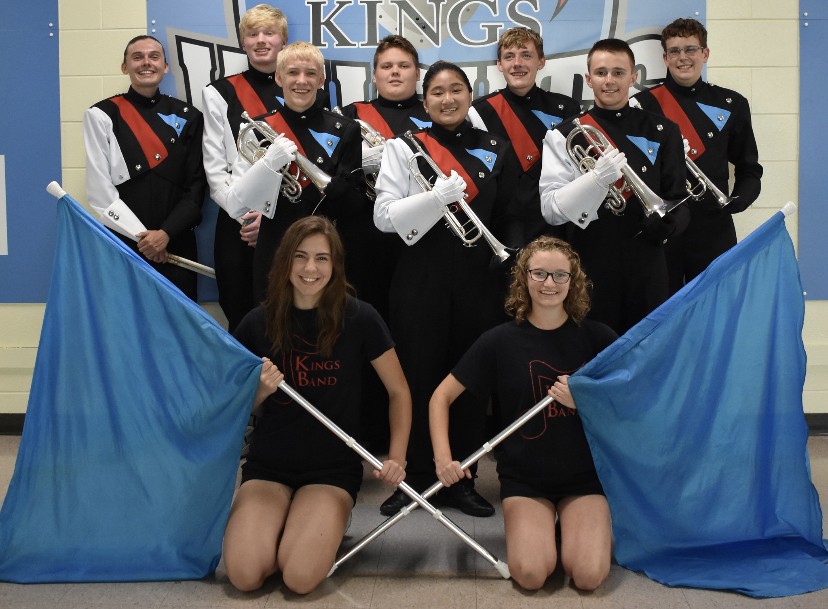 With less than a week left in their season, Kings Marching Band has plenty to celebrate. Awarded 1st place at numerous competitions, the band has had an extremely successful season, and the excitement is palpable among students.

“It feels great to have the band receive these awards,” said Zach Baker, a senior snare drummer. “being recognized for our hard work is absolutely wonderful.”

Recently, the marching band traveled to Sandusky, Ohio, where they received multiple accolades, including being named 1st in their division, and overall Grand Champion. Now, with just days left of their season, the band is focused on making these last competitions their best yet.

“Right now, [the band’s] general focus is to improve what we’ve already learned, and to finish learning the rest of the show,” said Noah Froah, a junior snare drummer. “we’re still psyched about the results of [Sandusky], and that is definitely going to boost morale in the days to come.”

Regardless of the band’s recent success or how they will score in the upcoming invitationals, rankings are only supplemental to the marching band experience.

“What I’ll remember most about this year are the people I got to march with,” said Andrew Thiess, the center snare drummer. “the interactions and friends you make during the season mean more than any trophy or placement. Everything else is just extra.”